The story of Sir Walter Scott. How a boy descended from the notorious Border Reivers used his vivid imagination and incredible memory to become Scotland’s greatest author.

Suitable for ages 10 and over as an introduction to the lie and work of this amazing man. 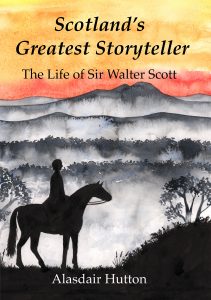